Sebastian is a tiny tiger!

Tyger Tyger, burning bright,
In the forests of the night;
What immortal hand or eye
Could frame thy fearful symmetry?

When we initially began Project Apollo, we not only faced the challenge of working with a colony of frightened, sometimes feral cats but also had to work with the neighbors.  Because some doubted that we could maintain the colony through TNR (Trap-Neuter-Return), we did not return the first few animals we trapped. They became “ambassadors” at the foster house—the nucleus of a growing community.  After neighborhood attitudes softened toward the cats, we were able to move successfully to TNR, and Apollo’s colony remains well maintained.

The ambassador cats at the foster house have become friendly and playful through time, but one cat, Sebastian, like Frank Sinatra, did it his way.

Sebastian lives at the foster house and has always had food, toys, and the love of all our volunteers, but it has taken him a long time to warm up to his situation. He is a big cat with striking stripes, but his green eyes are his most haunting feature. Looking into them reveals a deep, untamed intelligence.

Recently, I was able to sketch him stretching on the floor, and the process allowed me to become even closer to him.  It was a real treat for me.

Posted in Cat Stories, Just for Fun! | Comments Off on Sebastian is a tiny tiger!

Something to Bring a Smile During Lockdown

Staying home during the COVID lockdown can be pretty trying, so we thought we’d share a video that we guarantee will bring a smile.

We rescued Lucy when she was about three months old. She showed up at our doorway one snowy morning in 2015, and was hungry, dirty, and had cactus thorns in several places on her body. We brought her inside, fed and cleaned her up, and fell in love. Lucy has lived with us ever since.

We took this video about a month after we rescued her. It is entitled Lucy vs. the Sandal. Be sure to watch until the end to see her final triumph. Enjoy!

Posted in Just for Fun!, Uncategorized | Comments Off on Something to Bring a Smile During Lockdown

Getting Through This Health Crisis

Like everyone, we are staying home during the COVID-19 crisis. This can get a little stressful, but thankfully, we have some terrific animals to share it with, like our beautiful Elizabeth (AKA Biffy), whose picture we are happy to share.

One look at that beautiful face sure helps us with the blues! So please follow our example. Stay home with your favorite feline (also canine, avian, and human) companions, and stay healthy!

Also, we wanted to remind you that our food and supply drop-off at VCA Montgomery is currently unavailable. To protect their staff, VCA is operating on a “curb service” basis for treatment (not donations): call ahead, and they will meet you outside to take your pet in for treatment. You can pick her up when she is ready, but the waiting area is closed until we get through this.

Although our donation basket is currently unavailable, you can make monetary donations through our web site.

All the best from Elizabeth and all the people and cats at Fabulous Felines.

Posted in Just for Fun!, Our Supporters | Comments Off on Getting Through This Health Crisis

Thanks to Everyone Who Made Wild Love a Success!

Wild Love 2020 has ended, and we would like to thank everyone who helped to make it a success. We have held the drawing and the winners of the Celebration Package were Howard and Margaret T. We have also held drawings for three bracelets from Erica Shelton, and they are Carla D., Janet S., and Deborah M.

We would like to thank all our friends and supporters for all they have done for Fabulous Felines through their donations, volunteering, and their personal encouragement.  Although Wild Love is one of our most enjoyable fundraisers, we are always a little sad that we cannot do more to express our gratitude to everyone who has made our work possible. Thank you.

So thank you to everyone, and special thanks to our friends at Farina Alto, Buffett’s Candies, Katrina’s Mary Kay, Shelton Jewelers, Erica Shelton, and Kelly Jo Designs by Wine. In this time of struggle, our thoughts and best wishes go out to everyone, but especially to those in the business community who are especially hard hit.

Posted in Uncategorized, Wild Love | Comments Off on Thanks to Everyone Who Made Wild Love a Success! 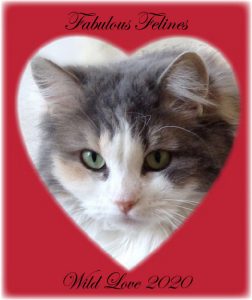 Wild Love is our annual Valentine’s Day Celebration of the power of love to gentle even the most frightened animal. It is also a thank you to all our volunteers and supporters for the love they have shown our little cat rescue!

Participating in Wild Love is simple. Just donate $35 or more to Fabulous Felines between January 1 and February 29, and we’ll enter you in our drawing for a Wild Love Celebration Package.

This year’s Celebration Package includes a $50 gift card to Farina Alto, a distinctive abalone bracelet from Erika Shelton of Shelton Jewelers, a gift basket from Katrina’s Mary Kay, a class at Kelly Jo Designs by Wine, a box of Chocolates from Buffett’s Candies.

Also, we will be having three additional drawings for handmade jewelry from Erica Shelton, so we will have a total of four winners! These beautiful gifts include a freshwater pearl and onyx bracelet, a dark blue goldstone bracelet, and a third bracelet of laborite and abalone.

Also, you can help us by downloading our Wild Love Flyer, and sharing it with your friends, family, co-workers, or just put it on your refrigerator door!

Happy Valentine’s Day and deepest gratitude for all you do to support Fabulous Felines! 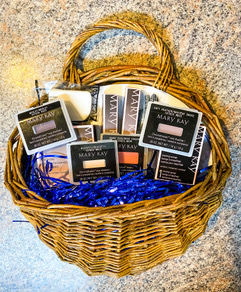 Posted in Uncategorized | Comments Off on February is Wild Love Month at Fabulous Felines!